Hard Money Loans For Bad Credit: Can You Get One?

How To Get The Best Hard Money Loan Rates

Are Hard Money Loans Worth It? 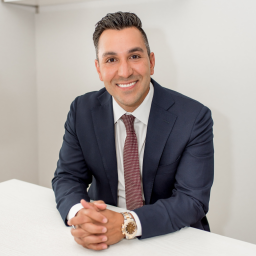 Are Hard Money Loans Worth It?

If you’re looking to fix and flip a home, need fast investment capital, or have problems obtaining a conventional loan from a bank, then a hard money loan may be your best option.

While the real estate industry originally considered hard money loans a last-resort option, they have grown in popularity since their inception. In some cases, their quick turnaround time and flexibility can actually make them your best option when buying a home.

What Is A Hard Money Loan?

Hard money loans are short-term loans that come from individual people or private lenders, as opposed to traditional lenders, such as banks.

Hard money lenders accept assets or property as collateral for the loan you need, hence the term “hard” money. Because a tangible asset(s) is involved, your lender can take ownership of them to recoup their losses if you default on your hard money loan.

Hard money loans are secured loans because they’re backed by collateral. However, unlike other secured loans, such as traditional mortgages or conventional loans, hard money loans have a less rigorous approval process. Sometimes, you can get a loan approved in just a couple days.

How Do Hard Money Loans Work?

When you’re making a real estate purchase with a traditional lender, you’re signing a long-term agreement with them—often as long as 30-years. Traditional lenders take a deep dive into the histories of those they’re lending to, ensuring they’ll make their money back. Typically, this includes researching your:

If the lender determines they can recoup on your loan, you’ll get approved for it.

Hard money lenders tend to be more interested in the value of the property you’re purchasing. They may check your credit and other aspects of your financial history, but their research is typically far less involved. Your agreement with a hard money lender is usually just one-to-three years, not decades.

Your hard money lender also assumes more risk, so your interest rate will be higher. Also, you may need to make a higher down payment than you would when working with a traditional lender. It all depends on the terms of your loan.

Since hard money loans are shorter, require less research, and you’re working with individuals or private lenders, not banks, the terms can be more flexible. Shop around for reputable lenders, so you don’t end up working with a loan shark.

When Should You Consider Getting A Hard Money Loan?

There are three main scenarios where working with a hard money lender makes sense when you’re:

Fixing And Flipping A Home 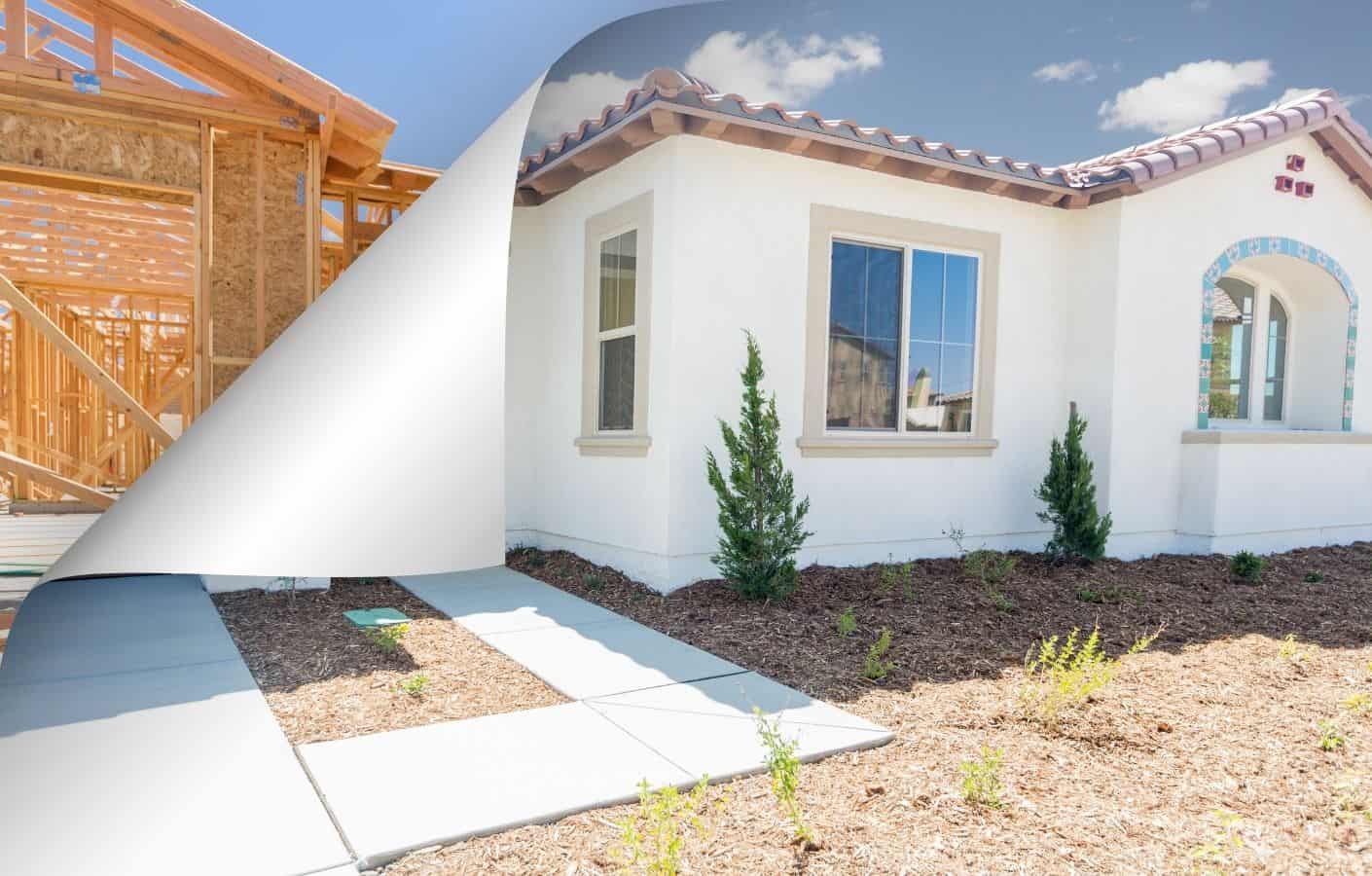 Fixing And Flipping A Home

Real estate investors tend to favor hard money loans to traditional loans because of their quick turnarounds and viable terms. Short-term loans aren’t part of a bank’s business model. Banks prefer long-term investments that they can make small amounts of money off of over time.

If you’re planning on flipping a home in six months, getting a hard money loan is the way to go.

James and Kelly are savvy house flippers who discover a fixer upper in a popular neighborhood. The house has a purchase price of $150,000, half of what other homes on the block are selling for. However, James and Kelly only have $50,000 to their names, and they estimate the home will need $25,000 in renovations.

After doing some research, James and Kelly find a private lender who agrees to loan them $125,000 at a 10% rate. Then, after six months of repairs, the pair resells the home for $300,000 (after closing costs and other fees).

Let’s break down how James and Kelly did.

Commercial properties can be greater investments than their residential counterparts. In some cases, the amount of money you need is greater than what a traditional lender can provide. If you’re a business owner or entrepreneur looking to purchase commercial real estate, a hard money loan is sometimes your best—or only—option.

If you’re looking to invest in a rental property, but can’t get approved for a traditional loan, consider getting a hard money loan instead. As with commercial properties, this is ideal if the amount you need is greater than what a traditional lender can offer. Hard money loans are also a greater alternative if you have less-than-stellar credit.

When house flippers James and Kelly made $93,750 on their fixer upper, their private lender made $6,250 in the same short period. Unlike James and Kelly, they didn’t have to do any of the work!

Hard money loan lenders charge higher interest rates so that they can make more on their loans. The average interest rates of hard money loans were between 11% - 13% in 2020. The traditional rate for a 30-year fixed mortgage in January 2020 was 3.86%, roughly 9% lower! If James and Kelly’s interest rate was 3.86%, they would only have spent $2,412.50 in interest.

If James and Kelly defaulted on their loan, the hard money lender could receive their fixer upper as collateral. For the lender, it’s a win either way.

When Should You Avoid Hard Money Loans?

By now, you’ve probably identified some drawbacks of a hard money loan. After all, there’s a reason why they were initially thought of as last-resort loans.

Here are a few situations when you should avoid getting a hard money loan:

All lenders are different. Some hard loan lenders are interested in the amount of the loan and the assets you have as collateral. Others dive deeper, and some can be as stringent as traditional lenders. Here’s a list of required information you may see on a hard money loan application:

How To Get A Hard Money Loan

The good news is that hard money lenders are easy to find. However, you’ll want to do your research before borrowing money from one. If you know of any real estate agents or house flippers, ask them who they use or trust.

Once you find one with a good reputation and a fair interest rate, here’s what you should do next:

Tips For Getting Hard Money Loans

Tips For Getting Hard Money Loans

Here are a few additional things to keep in mind before working with a hard money lender:

If you’re not looking to flip a fixer upper, you should consider traditional loans first. Here’s a quick rundown of other common loan options, and who they’re for:

Not sure if the private investors you’re researching are right for you? Look at the reviews they’re receiving on Google. Their past clients will likely inform you of their experiences: the good and the bad. I don’t recommend just reading the testimonials on the websites of private companies, because they can pick and choose the best ones to make them look good.

Before you borrow money to flip a house, you’ve got to know that it’ll be worth it. This requires you to have a keen eye for a good investment and the ability to fix and flip it. If you can make a great return on your investment in a short time period, do it! If you can’t, then don’t. How much of a profit you need to make for it to be worth your wild is up to you to decide.

4. Have The Money Ready To Go

Hard money lenders usually require you to make a large down payment, sometimes as much as 25% - 30%. That can add up, especially for high-value properties. The more money you put down, the less you’ll pay in interest.

However, don’t put everything down. If you flip a home or turn it into a rental property, you need to save money to make the necessary renovations.

5. Be Prepared To Meet Requirements And Deadlines

This is worth repeating: hard money lenders move quickly. Make sure you have everything you need before starting the loan process, because it’ll be done in a matter of days, or weeks at the most.

Conclusion: Are Hard Money Loans Worth It?

If you’re a house flipper or need money, but can’t get a traditional loan, hard money loans may be your best option. Hard money loans are worth considering because:

However, hard money loans have their cons, too:

As a native Washingtonian, Carlos Reyes’ journey in the real estate industry began more than 15 years ago when he started an online real estate company. Since then, he’s helped more than 700 individuals and families as a real estate broker achieve their real estate goals across Virginia, Maryland and Washington, DC.

Please log in again. The login page will open in a new tab. After logging in you can close it and return to this page.